This week in the Civil War 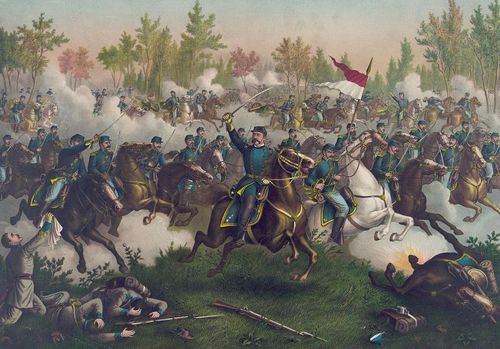 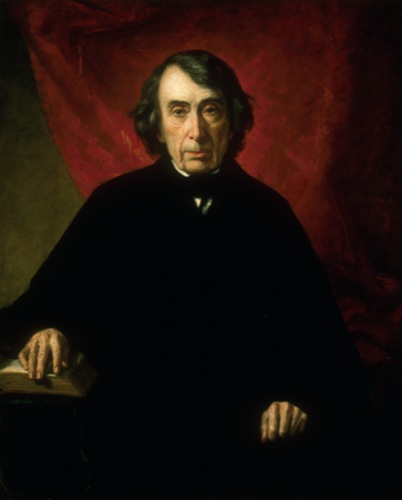 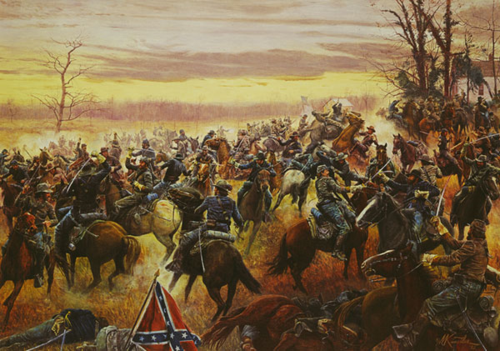 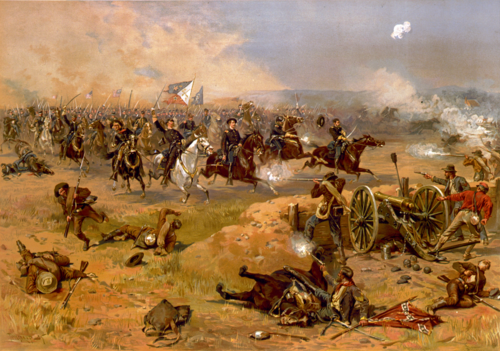 The Union's capture of Atlanta, one of the most important of Southern cities, immediately buoyed President Abraham Lincoln's re-election prospects — 150 years ago in the Civil War. Lincoln would ultimately be returned to office by voters with an ample victory. A North wearied by long years of grinding warfare suddenly had major news to rejoice over — even as the Confederacy and many in the South despaired. From the fall of Atlanta until the end of the war would just be a matter of months of heavy fighting to follow.

Union Maj. Gen. William T. Sherman, days after his forces had entered the city, ordered its civilians to evacuate. Meanwhile, newspapers such as the Philadelphia Inquirer in the North reported Sherman's forces were still "in pursuit" of the fleeing Confederates. The Associated Press reported from Virginia on Sept. 9, 1864, that some Confederate forces in their defense works there had begun cheering after hearing a false rumor spread that Atlanta had been retaken." The AP report said those overly optimistic and mistaken Southern soldiers "were very jubilant for a time, indulging in loud cheering."

The Confederacy's prized Southern city of Atlanta fell to Union Maj. Gen William T. Sherman and his troops 150 years ago this week in the Civil War. Sherman slashed the supply lines of rival Confederate commanders, hitting at points south of the Georgia city. Confederate attempts to drive back the Union invaders stumbled and the Confederate forces were forced to retreat from Atlanta on Sept. 1, 1864. Sherman's army began occupying the city the following day.

"From Sherman's Army, GLORIOUS NEWS, Atlanta has Fallen" read one of the early headlines dated Sept. 3, 1864, informing the North, in the Cleveland (Ohio) Leader. "General Sherman is reported to have entered Atlanta at nine o'clock yesterday morning," the newspaper added. "The movement by which he entered the place must have been a very bold one." It reported Sherman's forces once heavily arrayed on the northwest side of Atlanta had relocated in large numbers to the southwest side of the city to battle the Confederates there and cut off vital supply lines needed by the rebel army. Another news dispatch dated Sept. 2, 1864, said "General Sherman's advanced Atlanta this morning at 11 o'clock. "The whole Federal force will enter today." The Evening Star of Washington, D.C., said the Confederate defenders had been driven off and the enemy was set to fleeing at night.

Confederates bent on control of the railroad supply line near Petersburg, Virginia, fought back against Union forces destroying tracks in the area 150 years ago in the Civil War. A Confederate force on Aug. 25, 1864, outgunned Union forces holding Ream's Station in Virginia, taking prisoners.

The hard fighting near Petersburg, Virginia, over a period of weeks would lead to thousands being wounded, killed or missing in action. The Associated Press reported on Aug. 24, 1864, that Union probing attempts north of Richmond, Virginia, had been called off at the heavily defended entrances to the Confederate capital. Instead, AP said, "nearly all the troops engaged in that movement have been withdrawn to reinforce the Federal lines in front of Petersburg." AP added that the huge Union force was now arrayed south of Petersburg, Virginia, and was attempting "to cut off Gen. (Robert E.) Lee's communications."

From the Associated Press and ABC News.

While Union Maj. Gen. William Sherman's forces were trying to outmaneuver Confederates defending Atlanta 150 years ago in the Civil War, the fighting also continued near Petersburg, Virginia. Union soldiers sought to seize a key railroad route near Petersburg in mid-August of 1864 but Confederates in that city, not far from the secessionist capital of Richmond, Virginia, fought back. Ultimately, Union forces gained the momentum and began tearing up the tracks.

The Baltimore Sun of Maryland, meanwhile, cited The Associated Press on Aug. 17, 1864, as saying Union forces had pressed at one point within nine miles of the outskirts of Richmond. According to the report, two groups of Union soldiers had stealthily landed on the north side of the James River in Virginia not far from the Confederate capital, managing to overrun two defensive lines of Confederate earthworks before they could go no further. AP reported that the fighting involved artillery and musket fire that raged for hours before subsiding.

Union Admiral David Farragut sailed into Mobile Bay, Alabama, with his federal warships 150 years ago this August in the Civil War, defeating a Confederate force that included the ironclad CSS Tennessee. The seizure of the Southern port marked another victory in Abraham Lincoln's federal war effort. The Associated Press, in a dispatch dated Aug. 9, 1864, reports that the Confederates were not at all giving up their naval campaign, feverishly building new vessels for the fight. The AP dispatch said the rebels "are pushing another ram to completion and erecting forts at the mouth of the Roanoke" River in North Carolina. The report also said the rebels were intent on raising a sunken gunboat along the Southeast coast. Confederate forces at this point in the war are, meanwhile, bidding to stave off Union forces pressing toward Atlanta. The fall of Atlanta would be only weeks away. The fighting near Atlanta by forces of Union Maj. Gen. William T. Sherman attracts the attention of the North, with one newspaper reporting he ranks among the foremost military leaders of the war at this point 150 years ago in the conflict.