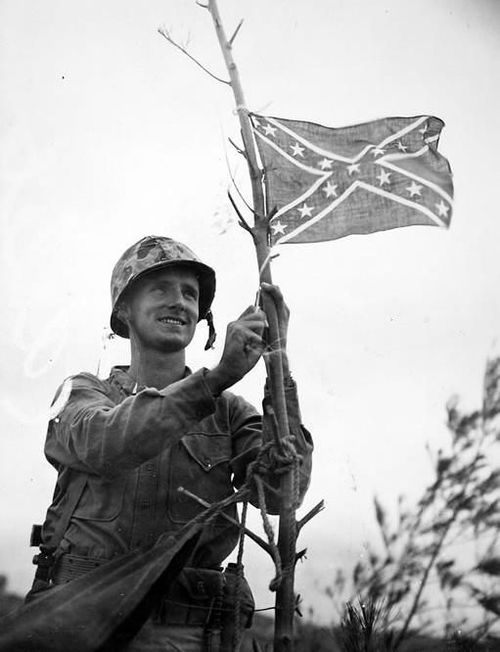 May 29, 1945 - Captain Julius Dusenberg at the top of Shuri Castle, Okinawa Check this blog!