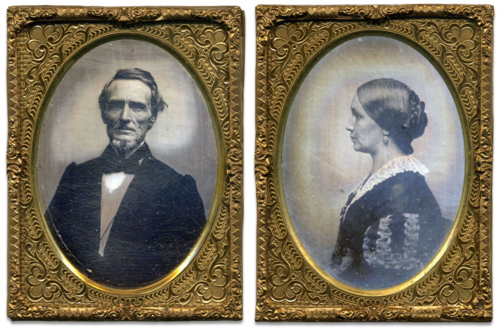 White House of the Confederacy

During the Civil War, Confederate President Jefferson Davis and his family lived in a Richmond, Virginia mansion. Now referred to as “the White House of the Confederacy,” the residence was saved from demolition in 1896 and since 1988 has been restored to it’s wartime appearance. American History TV visited to learn about the Mexican War veteran and U.S. Senator who became leader of the Confederate States of America.

Sons Of Confederate Veterans wants to set the record straight

The last home of Jefferson Davis is being hailed for its significance in teaching the history of the South. The National Sons of Confederate Veterans coupled a celebration of the completion of Beauvoir's presidential library with the commemoration the 150th anniversary of the Civil War.

Re-enactors at Beauvoir, the last home of Jefferson Davis, taught children about what life was like during the Civil War by showing them many of the artifacts used during that time.

Michael Givens is the Commander-In-Chief of the Sons of Confederate Veterans.

"It's very important that people recognize the struggles of the Southerners and the Northerners during that war because it was one of the defining moments in American history,"
said Givens.

History buffs headed to Beauvoir to mark the dedication of the new Jefferson Davis Presidential library.

"The public needs to understand that his building represents a lot more than just Jefferson Davis," said Beauvoir Director Bertram Hayes-Davis. "This is a historic educational opportunity for us to share the Southern heritage and all the stories to go along with not only Jefferson Davis but the Southern part of this country."

A museum is planned for the inside the library. Officials with the National Sons of Confederate Veterans said they look forward to exhibits which will preserve the history and heritage they hold dear.
"It's going to be a beacon. A depository of literature about the people, about their struggle," said Givens. "We're just so happy that we're able to dedicate it today. Once this building is complete and the museum is in side and all the literature, the history books, it will be able to help to tell the rest of the story. To set records straight. To let everybody know more about the struggles of our people."

A Kerr’s Patent Revolver with provenance indicating that it was one of two presented by Confederate President Jefferson Davis to the commander of his personal escort, Captain Given Campbell, Duke’s Cavalry Brigade, May 4, 1865, shortly before Davis’ capture by Union forces.

The Confederacy imported about 7000 Kerr revolvers from England and these were issued to the 7th, 11th, 12th, 18th and 35th Virginia Cavalry as well as the 24th Georgia and 8th Texas (Terry’s Texas Rangers). This imported lot of Kerr revolvers represents far more hand guns than were ever produced by Southern Armories…

Thomas Custer, younger brother of George carried a captured Kerr revolver to his death at the Little Bighorn. The inscribed gun can be seen on display at the Custer Battlefield Museum in Garryowen, Montana…

The Jefferson Davis Presidential Library will open in early 2013.  This facility is a state of the art architecturally beautiful building that will feature exhibits and events focused on the life of Jefferson Davis.   The Library reflects both the stature of the Beauvoir house framed with columns similar to the porch.   Contained in the design are the unusual ratios that reflect Davis’ height, six feet, and the number of states, thirteen.   Through the inside of the building are large galleries and clean lines that represent a modern design.

The Beauvoir room is a large multi-use room that can be used for both meetings and events.  It will feature a state of the art audio visual capacity and flexible seating.  This arrangement will allow the Library to accommodate meetings of up to 200 people in a comfortable atmosphere.

The gift store will offer a larger collection of both books and items that reflect both the Presidential stature and the accomplishments of Jefferson Davis and the property.  Included in this will be gifts that are attached directly to Beauvoir through materials or the craftsman.  The expanded space will also be able to provide a reading area and activity area for children.

Using clear cypress and stainless steel panels the Library halls, provide an open and bright opening to the large galleries.  Two galleries will hold numerous exhibits and offer flexibility for traveling and rotating opportunities as they are developed.

Also included is a Library that will hold the research materials that were secured from the first building.  In addition, there will be artifacts and donations that have been made to the Library after Katrina to include flags, books, papers  and other artifacts.

This building will be a destination for events focused on Jefferson Davis and the many aspects of his life.  They will include trains, the Capital, the Smithsonian, the War Department, the   US Senate, West Point, and the Aztec War of 1847.  It will truly be a world class facility.

Photo and text from Beauvoir.org

Presentation by Commander Mark Morgan at the George E. Dixon Camp 1962, March 2, 2012 Camp Meeting. Mark discusses the final home of Confederate President Jefferson Davis located in Beauvior, Mississippi. He covers the purchasing of the home, it's history, the Davis family, and it's restoration as the result of Hurricane Katrina.

Jefferson Davis, who was provisionally elected the president of the Confederacy at a convention in Montgomery, Alabama, and inaugurated in February 1861, is reinaugurate this week 150 years ago. The re-inauguration on Richmond's Capitol Square takes place on Feb. 22, 1862, following Davis' election in November 1861 to a six-year term.

In his address, Davis declares that the people of the Confederacy have come to believe that "the Government of the United States had fallen into the hands of a sectional majority, who would pervert the most sacred of all trusts to the destruction of the rights which it was pledged to project. ... Therefore we are in arms to renew such sacrifices as our father s made to the holy cause of constitutional liberty."

The Richmond Examiner, in a report on the eve of Davis' oath-taking, declares the day an "auspicious" one, but it exhorts his administration to take up its cause with energy so as to "escape the miseries of a protracted war." The Philadelphia Inquirer is among Northern newspapers that will print the bulk of the speech in later days along with details of the elaborate inaugural ceremonies and the politicians, judges and other prominent officials present.

Elsewhere, The Associated Press reports from Springfield, Missouri, that federal army troops are in "vigorous pursuit of the rebels" in that state. A dispatch states that Union forces have captured four rebel officers and 13 privates but the main body of pro-Confederate forces led by Sterling Price eludes them in the countryside. From 1862 to 1864, Missouri will be the crucible of bloody guerrilla warfare. Only Virginia and Tennessee will see more battles, clashes and other engagements during the war.

Louise Caroline Desport (1862 - 1902) was  house mother at the Bueavoir house in Biloxi, Mississippi during the 1890s. Louise was my Great Grandmother.

Louise was house mother, 'took care of the titles,' showed the house around and acted as tour guide after Davis' death.

Louise died in the summer of 1902, at the age of 40, possibly from Yellow Fever.

Her daughter Mary Bridget Vernier (1885 - 1959) spoke of roaming through the 'house with big rooms,' as a small child and remembered helping to polish the silverware. She said the silver was, 'heavy.'

At least one member of that family (Louise) can claim to have honorably served the Confederacy, even if it was 40 years after the war.

President Jefferson Davis, Confederate States of America, made the following Thanksgiving Day proclamation in 1862. His first such proclamation, "a day of fasting, humiliation and prayer," had been issued in 1861. It was not until two years later that  Abraham Lincoln copied Davis and announced the first official Thanksgiving day in the North.