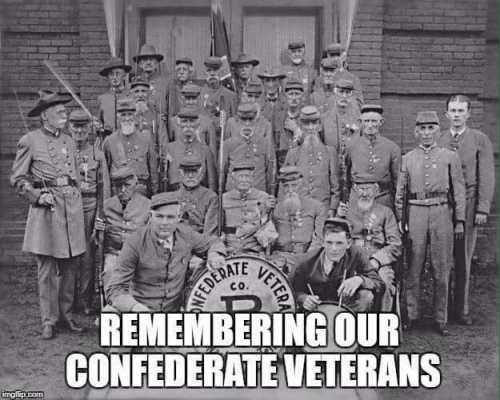 The local newspaper, The Springville Item, reported in part:

On Monday August 17, 1903, one of the most unique and interesting reunions was held by the "Old Ex-Confederate Soldiers" in the Baptist Church at this place.

At 11 o'clock some sixty of the old veterans, living in, and around Springville, assembled in that church, singing, praying, and reading of the scriptures was engaged in, after which short talks were made by Rev. J. S. E. Robinson, A. W. Woodall, S. W. Henny, J. B. Robertson, J. H. Vandergrift and B. B. Cornelius, after which another old time song, "How Firm A Foundation", and then Maj. Harris spoke at length on "Religion in the Camp". During his talk men were seen weeping all over the church. He spoke feelingly and eloquently.

Maj. Harris deserves the thanks of all our people for planning this gathering -- it was an object lesson that neither poets, nor painter, nor authors could describe; it simply defies description. Springville never has, and never will witness such a scene again.

Although the newspaper write up of the reunion makes no mention of Masons, Jon Paul describes it as a "gathering of Free Masons and Confederate Soldiers of Springville, Alabama made in 1903."