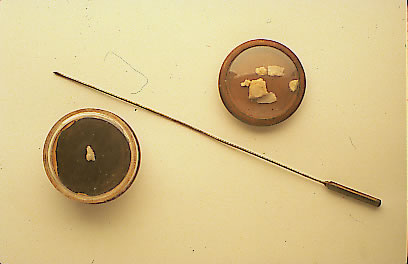 It Is Widely Believed That Lincoln Anticipated His Assassination-

The probe used by Dr. Barnes to locate the ball and the fragments of Lincoln’s skull removed at autopsy. Part of the Armed Forces Institute of Pathology (AFIP)

According to Ward Hill Lamon, Lincoln’s friend and biographer, three days before his assassination Lincoln discussed with Lamon and others a dream he had, saying:

“About ten days ago, I retired very late. I had been up waiting for important dispatches from the front. I could not have been long in bed when I fell into a slumber, for I was weary. I soon began to dream. There seemed to be a death-like stillness about me. Then I heard subdued sobs, as if a number of people were weeping. I thought I left my bed and wandered downstairs. There the silence was broken by the same pitiful sobbing, but the mourners were invisible. I went from room to room; no living person was in sight, but the same mournful sounds of distress met me as I passed along. I saw light in all the rooms; every object was familiar to me; but where were all the people who were grieving as if their hearts would break? I was puzzled and alarmed. What could be the meaning of all this? Determined to find the cause of a state of things so mysterious and so shocking, I kept on until I arrived at the East Room, which I entered. There I met with a sickening surprise. Before me was a catafalque, on which rested a corpse wrapped in funeral vestments. Around it were stationed soldiers who were acting as guards; and there was a throng of people, gazing mournfully upon the corpse, whose face was covered, others weeping pitifully. ‘Who is dead in the White House?’ I demanded of one of the soldiers, 'The President,’ was his answer; 'he was killed by an assassin.’ Then came a loud burst of grief from the crowd, which woke me from my dream. I slept no more that night; and although it was only a dream, I have been strangely annoyed by it ever since.”

On the day of the assassination, Lincoln had told his bodyguard, William H. Crook, that he had been having dreams of himself being assassinated for three straight nights. Crook advised Lincoln not to go that night to Ford’s Theatre, but Lincoln said he had promised his wife they would go. As Lincoln left for the theater, he turned to Crook and said, “Goodbye, Crook.” According to Crook, this was the first time he said that. Before, Lincoln had always said, “Good night, Crook.” Crook later recalled: “It was the first time that he neglected to say 'Good Night’ to me and it was the only time that he ever said 'Good-bye’. I thought of it at that moment and, a few hours later, when the news flashed over Washington that he had been shot, his last words were so burned into my being that they can never be forgotten.”

After Lincoln was shot, Mary was quoted as saying, “His dream was prophetic.” 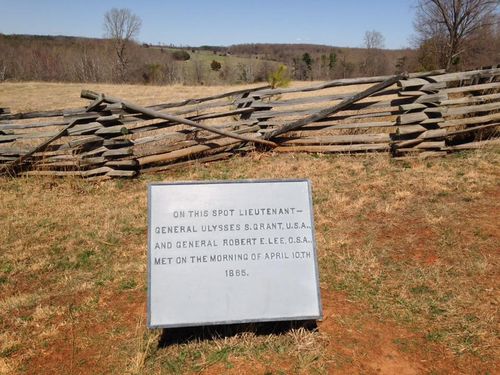 Although they are primarly French and Indian War enthusiasts they did hava a selection of Civil War weapons on display.

Les Coureurs des Bois de Fort de Chartres, Illinois, is a flintlock only muzzle loading gun club that meets at and supports the Fort de Chartres State Historic Site through support of special events and interpretation. Les Coureurs des Bois holds a meeting and shoot on the 2nd Sunday of every month at 1:00 PM. Anyone is welcome to participate in the shoot, but must be dressed in historic clothes and shoot a flintlock muzzleloader.