Civil War cannonballs found at the University of Alabama 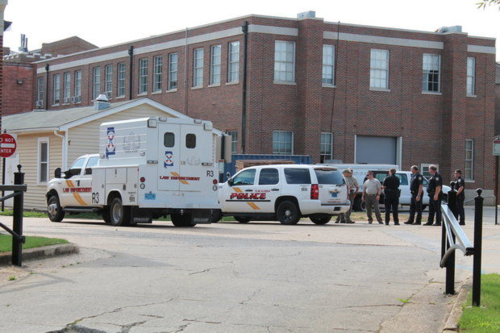 Explosive ordinance disposal technicians were called to the University of Alabama campus Friday afternoon after crews repairing sidewalks discovered a cache of 10 Civil War era cannonballs buried in the ground.

Cathy Andreen, a University spokeswoman, confirmed the discovery and said the bomb squad was called to guarantee the safety of UA employees and others on the campus at the time.

"Ten Civil War era cannonballs were discovered this afternoon by crews who were repairing sidewalks on the UA campus," Andreen said. "Out of an abundance of caution, EOD technicians were called to address any safety issues."

The ordnance was found under a sidewalk north of Gorgas Library in the center of campus. Because the cannonballs were found in the late afternoon, employees in the immediate vicinity of the dig site were allowed to leave the area and go home for the day.

Most of the officers from the University of Alabama and Tuscaloosa Police Departments left the scene just before 5 p.m. Friday.