Civil War Family
Home About this blog Battle map Family map
This week in the Civil War for April 5, 1865
There is no country 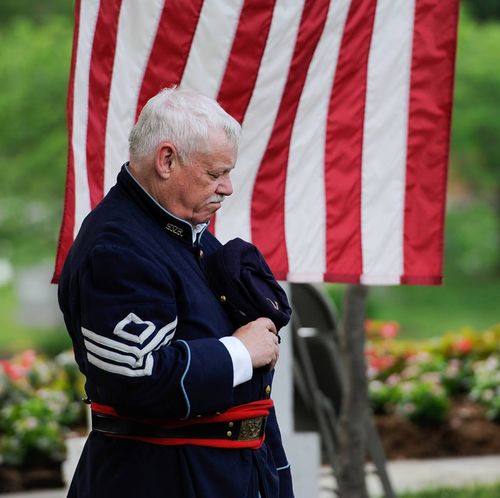 From The Arlington National Cemetery on Face Book

Today we remember the first Veterans Service Organization, the "Grand Army of the Republic" (G.A.R.), which was founded on, April 6, 1866 in Decatur, Illinois.

It was a fraternal organization composed of veterans of the Union Army (U.S. Army), Union Navy (U.S. Navy), Marines and the U.S. Revenue Cutter Service, who served in the American Civil War for the Northern/Federal forces. Linking men through their experience of the war, the G.A.R. became among the first organized advocacy groups in American politics, supporting voting rights for black veterans, promoting patriotic education, helping to make Memorial Day a national holiday, and lobbying the United States Congress to establish regular veterans' pensions.

It was dissolved in 1956, when its last member died and is succeeded by the Sons of Union Veterans of the Civil War.

The Sons of Union Veterans, hold an annual Decoration Day/Memorial Day Observance at Arlington National Cemetery. Who are you remembering today?