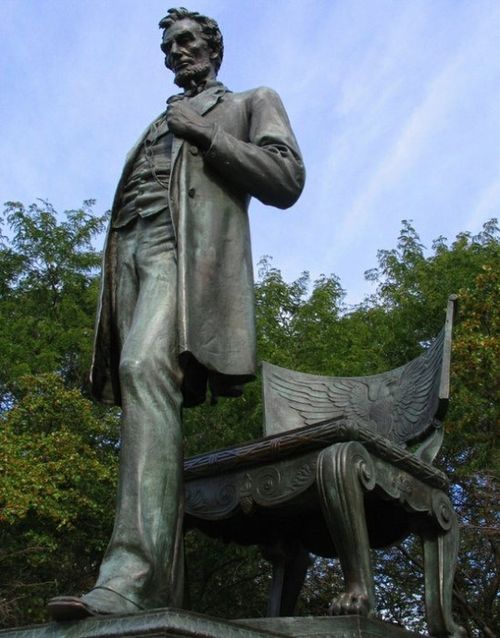 A young teenage boy went to pay his respects and, gazing on the deceased President’s face, he was so moved that he got back in line to see it again.

This was quite an endeavour since the funeral in New York was meant to outmatch everything that had happened before.
And with a grand viewing just a day earlier in Philadelphia, where the open casket was placed inside Independence Hall and next to the Liberty Bell, where Lincoln had vowed four years earlier that he would rather be assasinated than give up his principles, it was not an easy thing to do.

Yet, New york City, proved itself to be The Grand and organized a funeral that was so spectacular that it drew more than 500.000 visitors - roughly 200.00 more than Philadelphia - and the waiting lines were long.

Abraham Lincoln was 23 hours in New York and the young boy, mentioned earlier, by the name of Augustus did not care about the wait. He just waited.
Much slower than on his first visit youmg Augustus shuffeled by the open casket to once again take a long look at the deceased President’s face.
And he never forgot what he had seen!

32 years later, young Augustus - by then well known as the sculptor Augustus Saint-Gaudens - created what is nowadays known as “the most important Lincoln Statue of the 19th century”… the Standing Lincoln or, as he named it “Lincoln: The Man”.

It can be seen in Chicago’s Lincoln Park, at Lincoln’s tomb in Springfiel, IL and in London where it faces Parliament Square.

Apparently it proves to take a second look.