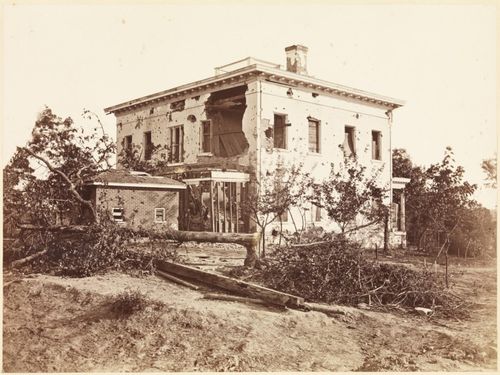 The house of Ephraim Ponder sheltered Confederate sharpshooters during the siege of Atlanta; its perforated facade testiﬁes to its absorption of countless rounds of Union shellfire

At the conclusion of the Civil War, George N. Barnard, a former staff photographer for Mathew Brady, retraced General William Tecumseh Sherman’s bloody march through the Carolinas and Georgia. Barnard compiled sixty-one landscape views into a deluxe album that he published in time for the Christmas market in 1866.

For the Civil War Parlor on Tumblr