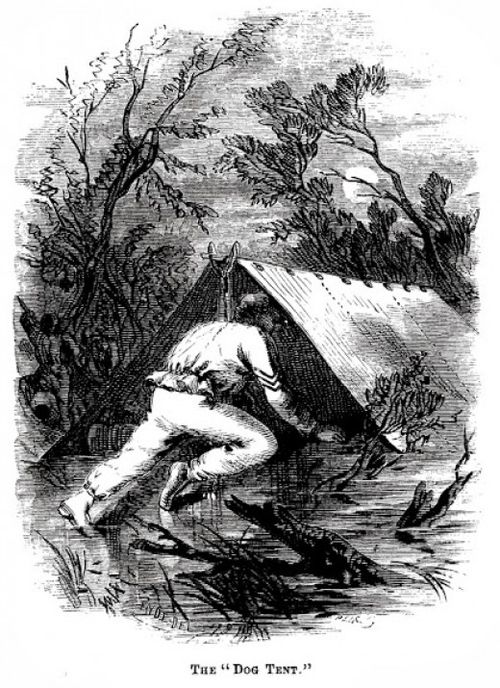 The Dog Tent: The smallest and least effective tent the Union used, was the Dog Tent. So named because you had to crawl in on your hands and knees like a dog. Open at both ends it afforded little protection from the elements but it was very portable, could sleep two men, and was better than nothing. It later morphed into what is now known as a Pup tent which is enclosed on all four sides.