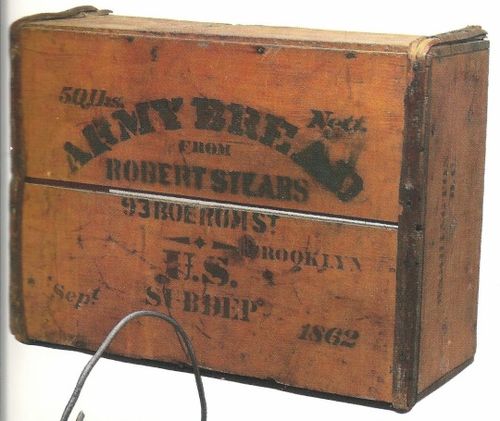 Hardtack: A staple food source for men of both sides of the Civil War. This is a 50 pound box made in Brooklyn. Bill often told the old standard Union tale of how he bit into his hard tack and and found something soft, when he went to see what it was he found it was a nail!!