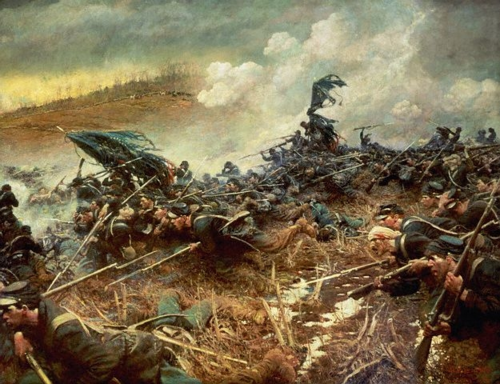 Union forces smashed into a sizable Confederate force in the Battle of Nashville on Dec. 15-16, 1864. The fighting 150 years ago during the Civil War came as a Confederate army led by Gen. John Bell Hood sought to make a last attempt to drive Union forces from the region. Fighting raged until nightfall on Dec. 15, 1864. The next day, fighting seethed along a hastily erected Confederate line before federal forces overran the Confederate positions. The Southern army, driven off, was forced into retreat toward Mississippi with Union forces in pursuit.