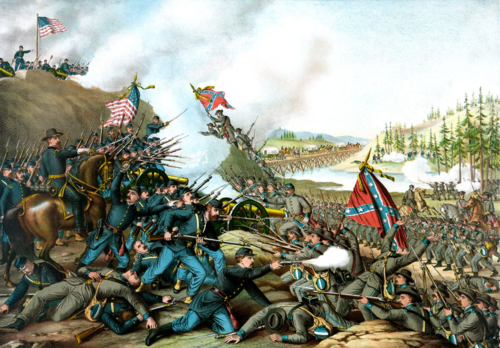 Confederate Gen. John Bell Hood led his troops in pursuit of a Union army across Tennessee in this week 150 years ago in the Civil War. The two foes met up on Nov. 30, 1864, at Franklin, Tenn., near Nashville, where Union forces dug in along a defensive line just outside the community. Fierce fighting erupted as Hood led an assault on Union defensive positions. Although two federal units crumpled, the Union positions largely held despite much bloodletting that left more than 8,000 troops wounded, dead or missing. The casualties hit especially hard at Hood’s forces, which withdrew bloodied and bruised after the Union victory.