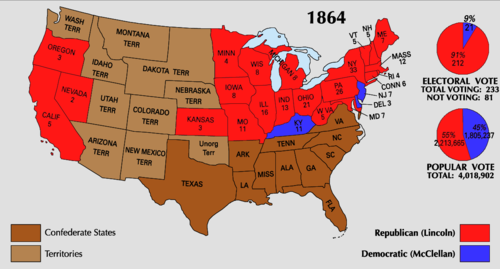 Buoyed by a series of military successes, Abraham Lincoln was re-elected president this week 150 years ago in the Civil War. Lincoln defeated Gen. George B. McClellan, who got into politics in the years after Lincoln sacked him from his military command for a cautious approach to the early Union war effort. McClellan campaigned on an anti-war platform but the Union's military successes late in 1864, including the capture of Atlanta, swayed many voters on Nov. 8, 1864, to hand him a second term. Many Union soldiers voted by absentee ballot from the field.