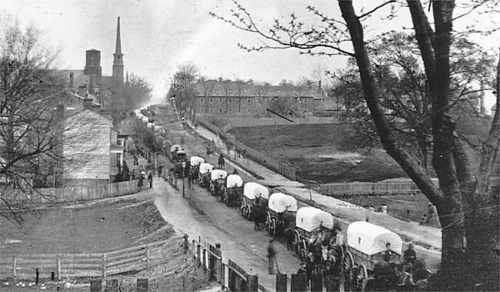 The Associated Press reported on Sept. 28, 1864, 150 years ago during the Civil War, that relative calm prevailed for a few days amid a longstanding Union siege at Petersburg, Virginia, not far from the Confederate capital of Richmond. "Quiet still prevails in front of Petersburg, broken only by the usual picket firing and occasional artillery duels, the effect of which is to consume a large quantity of powder."

The AP dispatch added that heavy firing could still be heard in bursts from the area around the James River and there were reports of large groups of Confederate cavalry on the move, their war aims unclear. The Union besieged Petersburg as crucial Confederate supply point 25 miles to the south of Richmond. The siege would drag on nearly until the end of the war before Union Gen. Ulysses S. Grant would cut through and hasten the end of the war in 1865.

From Yahoo News and The Associated Press